In my last post I continued the story of the children of Domenico Marvulli and Rosa D’Armiento from Grumo Appula, Italy. To recap, Rosa had 13 births of which 6 lived to adulthood and all 6 immigrated to America. The last post was about daughter Rita Edith Marvulli, sister to my great grandmother Nicoletta, and their oldest sister Angelina. Following in the birth order after Rita, was their brother Giuseppe Marvulli. He was born the July 12, 1873 Grumo Appula. 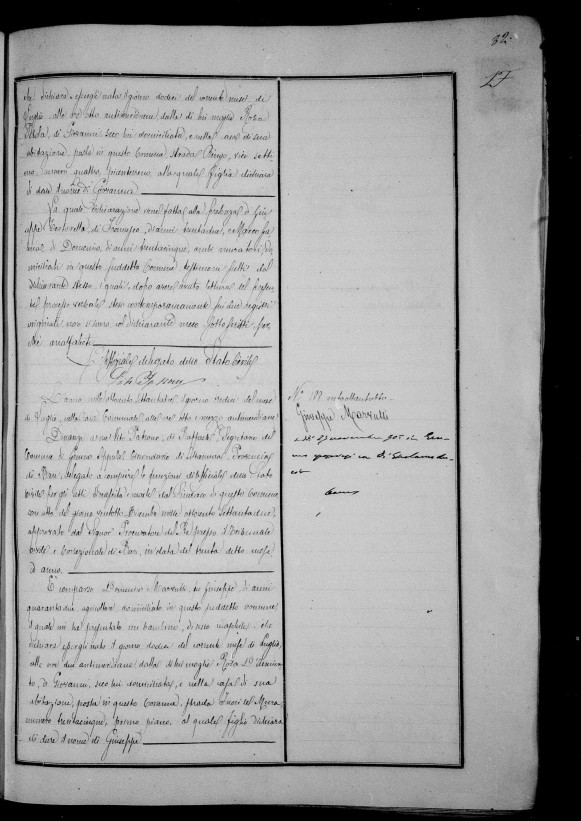 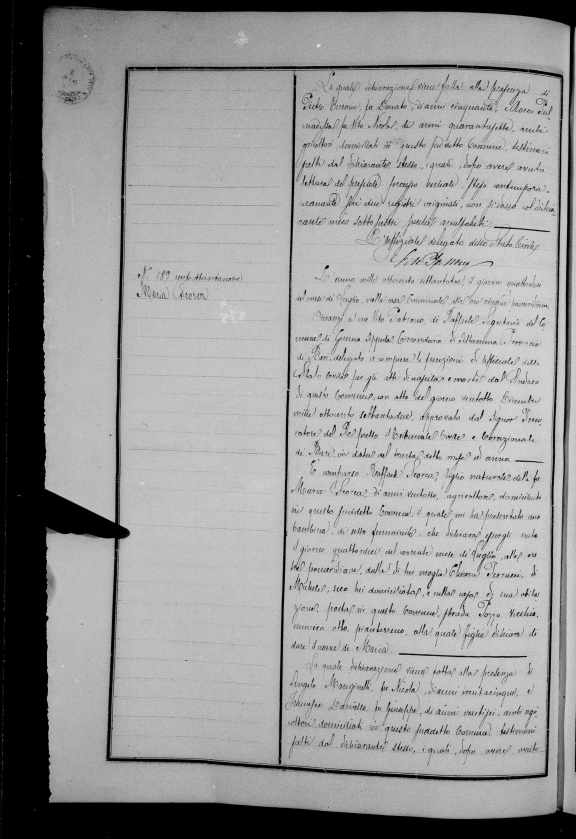 At the age of 29 Giuseppe married Lucia DiGirolamo on Nov. 27, 1902. She was 19 years old. Lucia was the daughter of Giuseppe DiGirolamo and Veta Serevedio. While I don’t know the exact place of their births, I do know that Lucia and Giuseppe were married on Jan. 21, 1883 in Grumo Appula so I am assuming the Lucia’s parents were from the same area.

Marriage certificate for Giuseppe and Lucia

I have very little information about Giuseppe.  But there was something, once again, connecting about Giuseppe and Lucia to be discovered. Lucia was an older sister to Rosa DiGirolamo who married Michael Caso, son of Rita Marvulli and Gaetano Caso. Ok, my head was spinning too and I had to draw a small chart to actually see the connection. Rita Marvulli and Giuseppe Marvulli are brother  and sister. Rita’s son married the sister of her brothers wife 🙂

Three years later sadness would descend upon this family when their mother Lucia DiGirolama died at the age of 25, leaving Giuseppe  with 2 small daughters to raise.

From here nothing more is known to me about what happened to Giuseppe in these early years of his life.

In April of 1921, at the age of 17, oldest daughter Rosa left Italy aboard the ship, The Providence for New York. She was traveling to her Aunt Angela (Angelina) Marvulli (Civitano),  living at 351 W. 25th St. NYC.

In examining this document I was totally surprised by what I discovered. Not only was Rosa traveling to America but she had two companions with her also from Grumo. Anna Peragine, traveling to her sister Antonia living at 2306 2nd Ave and Rosa Di’Girolamo, sister of her mother, betrothed to Michael Caso. In fact, on the passenger manifest it states ‘Promised – Caso Michele – marriage with the address of 432 1/2 W. 25th St. (I have not done much research on the Peragine Family of Grumo, which also has deep roots in Grumo, but I do know a daughter of Vito Luigi (b.1803) Civitano, would marry a Peragine ~ fast forward; cousin and traveling companion Anna Peragine)

The following year, traveling on board the Conte Rosso was Rosa’s sister Vera (Vita) Marvulli. On the passenger manifest she had stated she was leaving behind her father Giuseppe and the destination was her cousin Michele Caso. Her age was listed as 17 and her passage, paid by herself. I do not think she was traveling alone but I can not be sure. What leads me to believe this was that on the manifest on the line above was a woman, Maria (23) with a last name I can not read but above that name is Spano (husband with a notation to another record) I do know we have a Spano line in Grumo in our history I have yet to explore.

The story of Rosa, Vera and their father Giuseppe does not end here. The two sisters would marry two brothers from the town of Conversano, Bari, Italy.

Rosa married John (Giovanni) Dattoma (D’Attoma) on the 21st of Sept., 1924. They were wed at St Claire’s Church. The best man was Angelo Copertino and the maid of honor was her sister Vera Marvulli. (marriage information provided by my cousin Peter Marino)

Two years later Vera married Angelo Dattoma on Dec. 12th, 1926 in Queens. (He was the brother of John who married Rosa) They went on to have 4 children, and Rosa and John went on to have 1 child. I hope to make a connection with someone from this family line and will share if anything positive develops.

Now, what happened to Giuseppe Marvulli, father of Rosa and Vera? In the year of 1938, I located a passenger record for Giuseppe (65) leaving Grumo and arriving here Feb. 28th going to his daughter Vera Marvulli. There was an interesting notation that gives us a clue about what was possibly going on with Giuseppe.

As best as I could make out what was written is ‘med cert  (something) Senility (something something ….) I have not been able to locate Giuseppe in any records after he arrived in New York.

A search of Find A Grave revealed the record copied below for the death of John Angelo D’Attoma son of Vera and Angelo D’Attoma. From this document I learned that Angelo and Vera added 1 last son by the name of Joseph along with so much more.

John and Rosa had 1 son named John Angelo. The only record I could locate to prove this was the record below. I will continue to try and find out more information on this family.

Giuseppe was my 2x great Uncle, brother to my Great Grandmother Nicoletta Marvulli Civitano. He was born the 12 of July 1873 in Grumo Appula, Italy and died January 8th, 1950. In the course of my research I located his death record and have sent away for his death certificate. I did not want to hold up this post waiting on that 1 record. Below is the only picture I have of Giuseppe…may he rest in peace and be remembered by all those who knew and loved him and by those of us who have now come to know him now.

Mass card photo courtesy of Ann Elmendorf (Ann I am so thankful for your early ‘spring cleaning’ of photo’s, thank you for sharing this mass card with me)

Vera Marvulli ~Dattoma died in 1972 followed by her husband Angelo in 1988.

3 thoughts on “Giuseppe Marvulli and Family”

Follow Branches On Our Civitano Family Tree on WordPress.com