Although I never knew her or my grandfather, Catherine Langellotti was my grandmother and over the course of many years of research into my families history, day by day she has become more and more alive to me. She was the daughter of Giuseppe (Joseph) Langellotti and Filomena DeLellis. I have written quite a few posts on their story, the story of Filomena’s parents, Francesco DeLellis and Caterina Loffreda. Quite recently, my cousin named Ann made a trip from California to the town of San Gregorio Matese, Caserta, Italy – the home of our DeLellis family and still home to many many descendants of our family. Her story and photo’s will be shared in the coming year.

In an attempt to drawer closer and discover as much as I can about our family I purchased this awesome 1919 plate map of Johnston, Rhode Island off of ebay for the small price of $20. I just love having another piece of our history.

Luigi DeLellis who married Mariana D’Amico (birth dates unknown) They had 1 son that I have knowledge of and that would be my 2x great grandfather Francesco DeLellis b. abt 1828, San Gregorio Matese. Francesco married Caterina Loffreda and they had 3 sons, Vincenzo, Luigi and Umberto along with 1 daughter my great grandmother Filomena Maria. 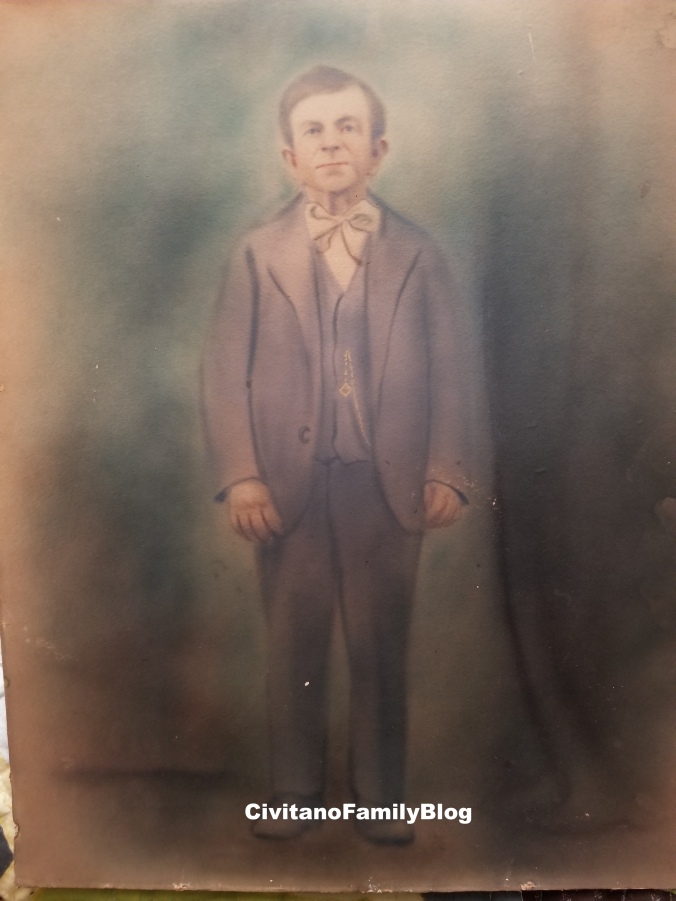 Our patriarch DeLellis branch father immigrated to Johnston, Rhode Island in 1904 joining his son Vincenzo and Luigi, their families, who were already here. Traveling with Francesco was his wife Caterina and youngest son Umberto. Daughter Filomena, married in Italy arrived by 1904 along with her first 2 children, meeting her husband in the New York. Upon the death of both his parents and his recent marriage in 1911 son Umberto left with wife Michelina Mastangelo returning to San Gregorio Mateste. As far as we know he remained there. With a little luck I had hoped we would be able to track down Umberto’s descendants on Ann’s trip but she was unable – but not without giving it a great try. 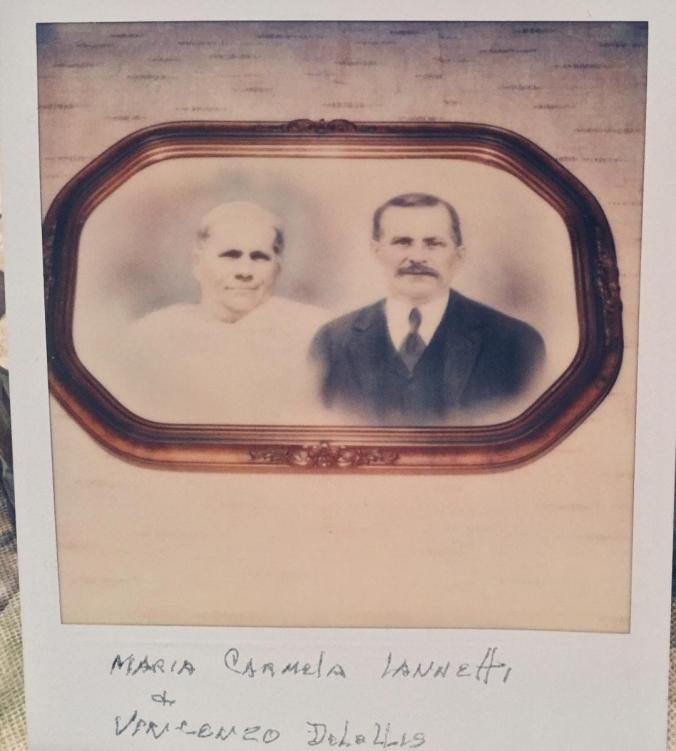 Photo courtesy of the descendants of Vincenzo and Maria

This is another family photo shared with me by the descendants of Vincenzo and Maria. Middle row: Anna Toselli, Frank DeLellis, Mary Langellotti, Jennie Feta. If anyone is able to identify the other family members in this photo we would love to hear from you.

Umberto married Michelina Mastangelo on April 2, 1911 in Manhattan, N.Y.. His story still remains pretty much a mystery. We do know he arrived in 1904 at the age of 14, married in 1911 then returned to Italy. I also have 1 record having him return to N.Y. in 1913, age 23, leaving his wife at home in San Gregorio but with no other information on why or when he returned to Italy.

Looking back over this year of research and connections made with family members of this branch I want to say a very special thank you for sharing so many wonderful stories and photo’s and your willingness to help keep their stories, their memories alive.

We truly have so much to be Thankful for ~