Frank Civitano (1), my grandfather, was born November 8th, 1907 in New York City. The first and only son of Vincenzo Civitano and Nicoletta Marvulli, both from our ancestral  town of Grumo Appula, Bari, Italy.

There is no denying that Frank (1) was a hard working man.  After his fathers death (murder) in 1909, he left for Grumo Appula with his mother and infant sister Julia. In 1923, at the age of 15, sponsored by his Uncle, his name sake Frank Civitano (2), Frank (1) returned to New York and set about following in Franks (2) footsteps as an ice and coal dealer. 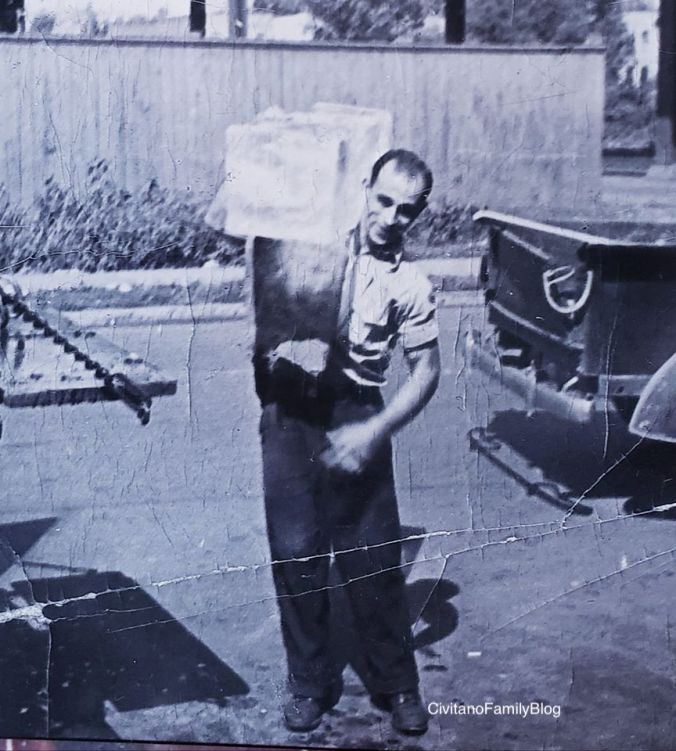 There is no denying the men in our family worked hard for their American Dream.

Thankful for the few pictures that survive today today 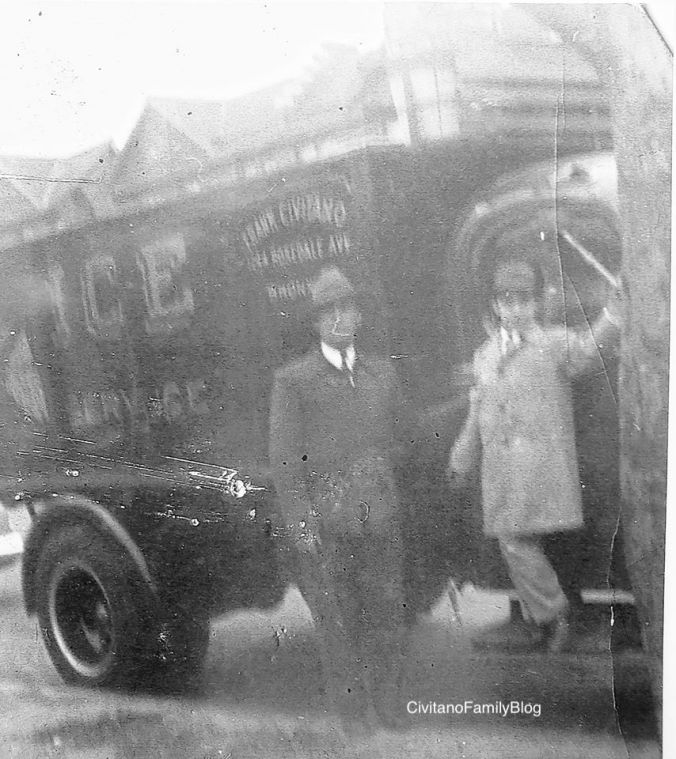 Many of the men in the family got their start in the ice and coal delivery business. Not just my grandfather, along with my father, Vincent, in those early years, but as mentioned

Dominick, married to Jenny Maggio as well as 2 of his sons’s Dominick and Frank in the ’30’s.

Vincenzo known as James, married to Anna Plavcsan was also in the business.

Their sister Julia married Vito Simone and he too had his own ice delivery business along with Julia’s sister Rosa married to Vito’s brother Dominick working as an ice delivery man for the Knickerbocker Ice Co. (WWI draft registration)

The ice and coal delivery business a great fit for our family.

According to an article on the trade of Iceman, Wikipedia stated that “Many icemen in the Northeastern U.S. had origins in Southern Italy. Arriving in the U.S. with little education or trade skills, many of these immigrants began ice routes, especially in New York City, where ice routes were a common sight. In those times, ice was harvested from ponds and lakes, stored in ice houses and transported to cities.”