Rosa married Domenico Simone on 6 October 1912 in New York City.  Together they had six children. Of the six born, they would lose their 1st daughter Angelina one year after she was born. Adding to their sadness, son Louis (Vito Luigi) born in 1919 would pass away in 1932 at the age of 13. 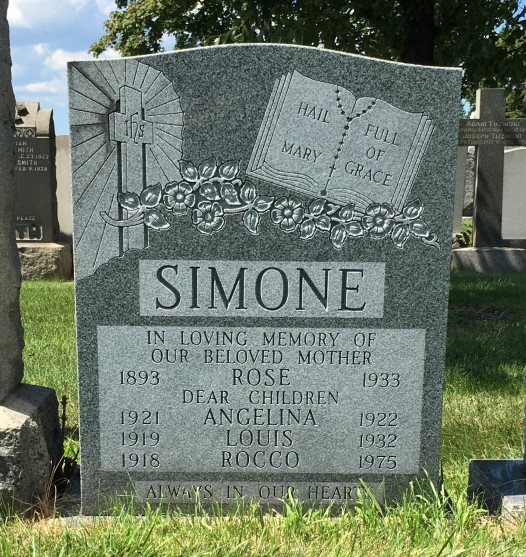 They are buried at St. Raymond’s Cemetery, Bronx, New York

May Their Memory Be A Blessing